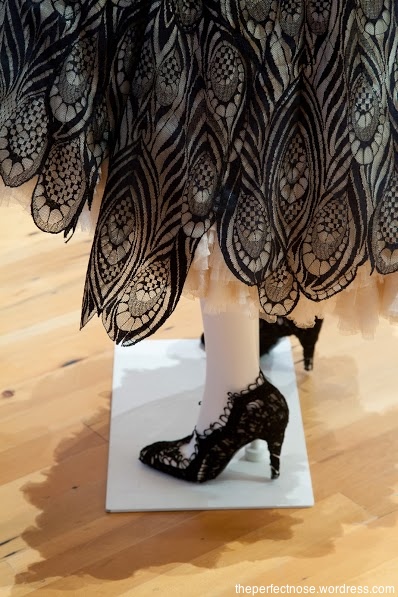 Guess who just flew in from LA? 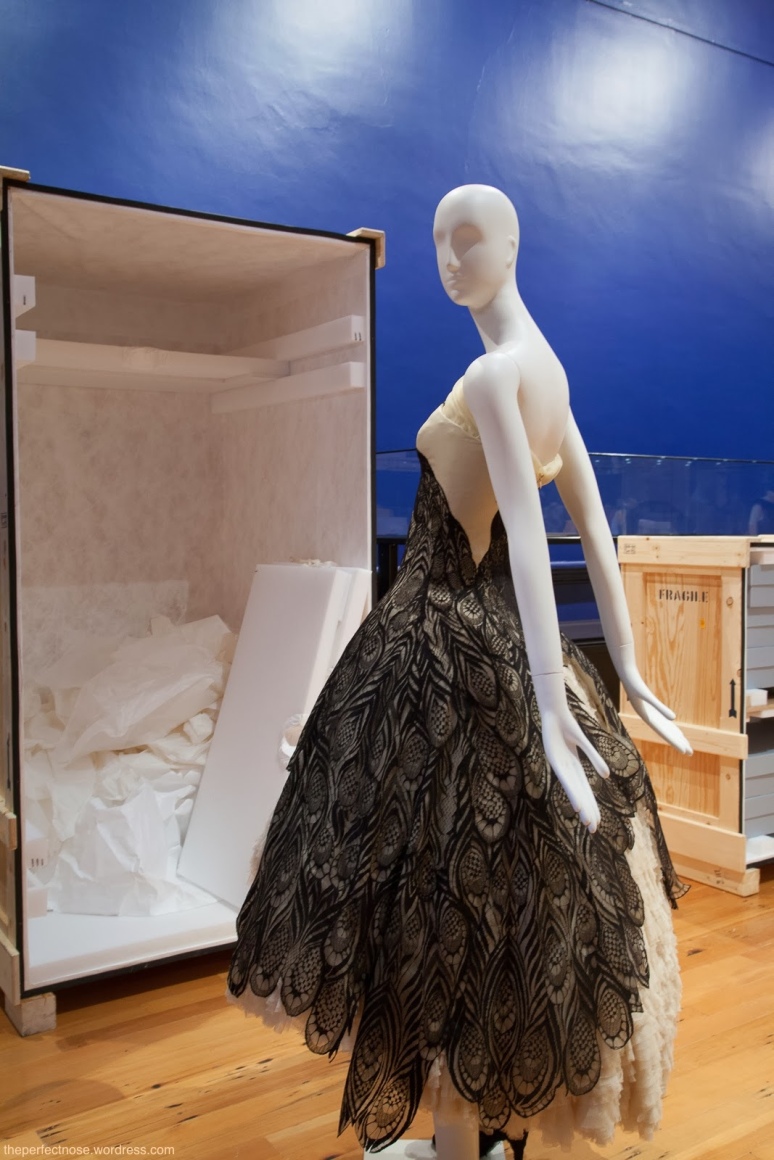 The Alexander McQueen Peacock dress was made from 22 individual panels of specially commissioned lace. Each panel was individually trimmed, draped, and attached, by hand, onto the base structure of the dress. 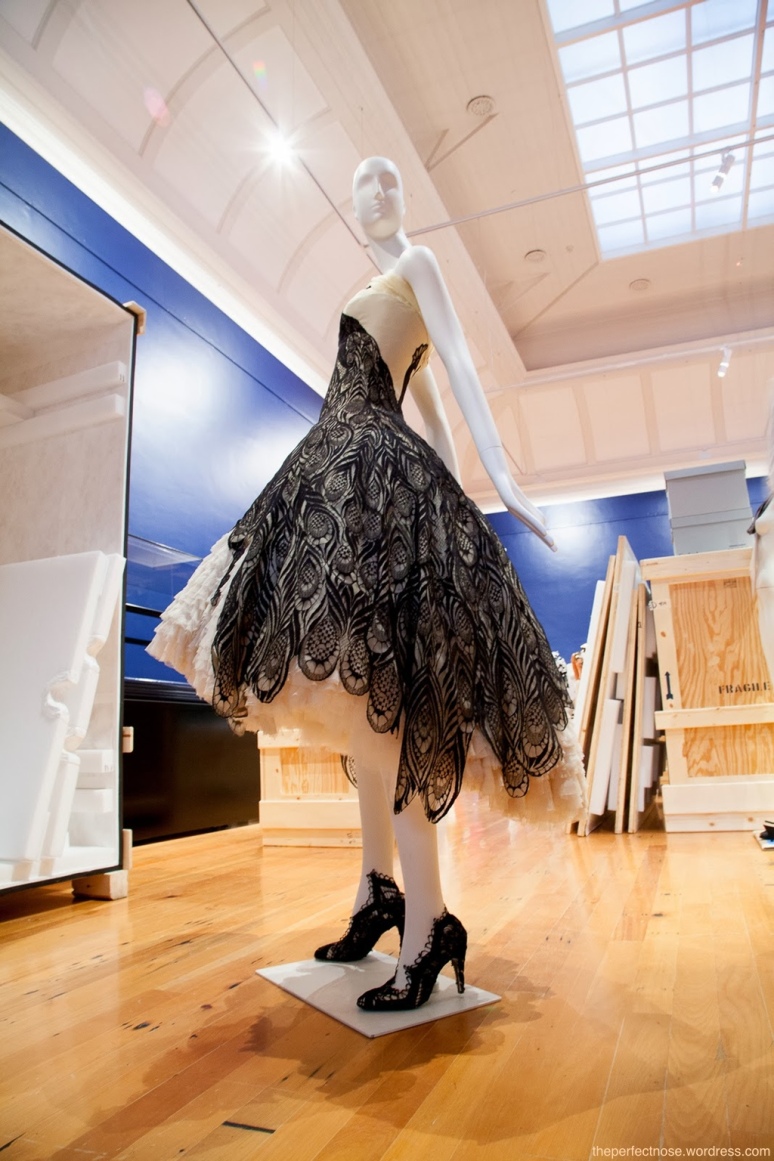 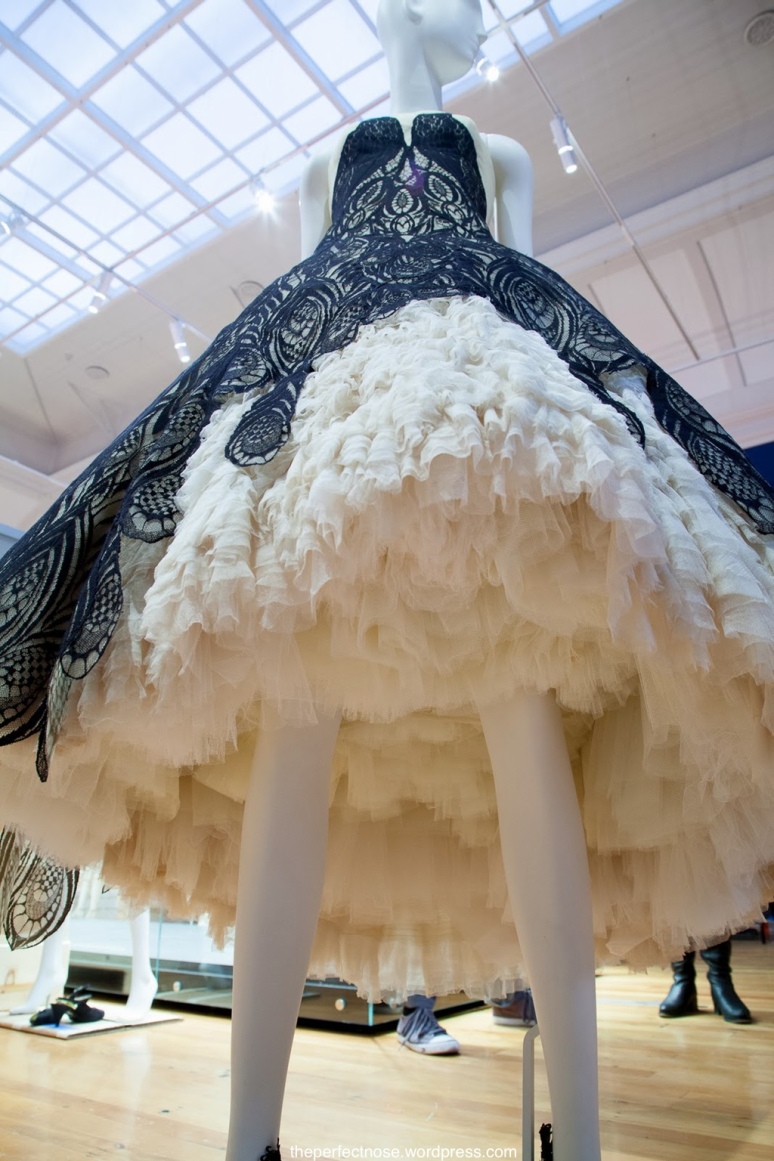 The dress itself consists of the wispiest silk gauze draped over a bustle and pannier understructure supported by the most ethereal clouds of ruffled nylon mesh. 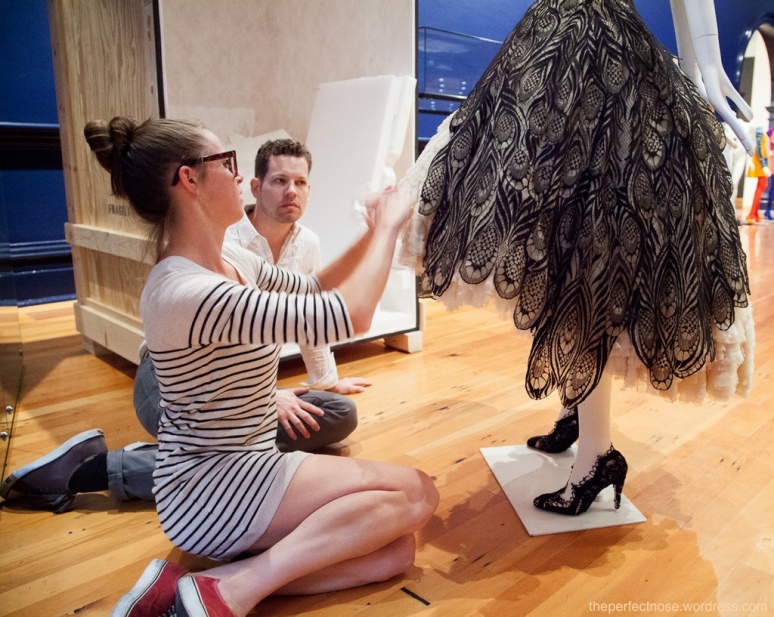 Kevin and Dani (from the FIDM Museum, LA) explaining the construction of the dress.

Unlike traditionally draped couture pieces (formed over a living model or a drapiers mannequin) this dress was draped over a specially commissioned mannequin designed to the exact dimensions of its perfect intended wearer (as imagined by Alexander McQueen). 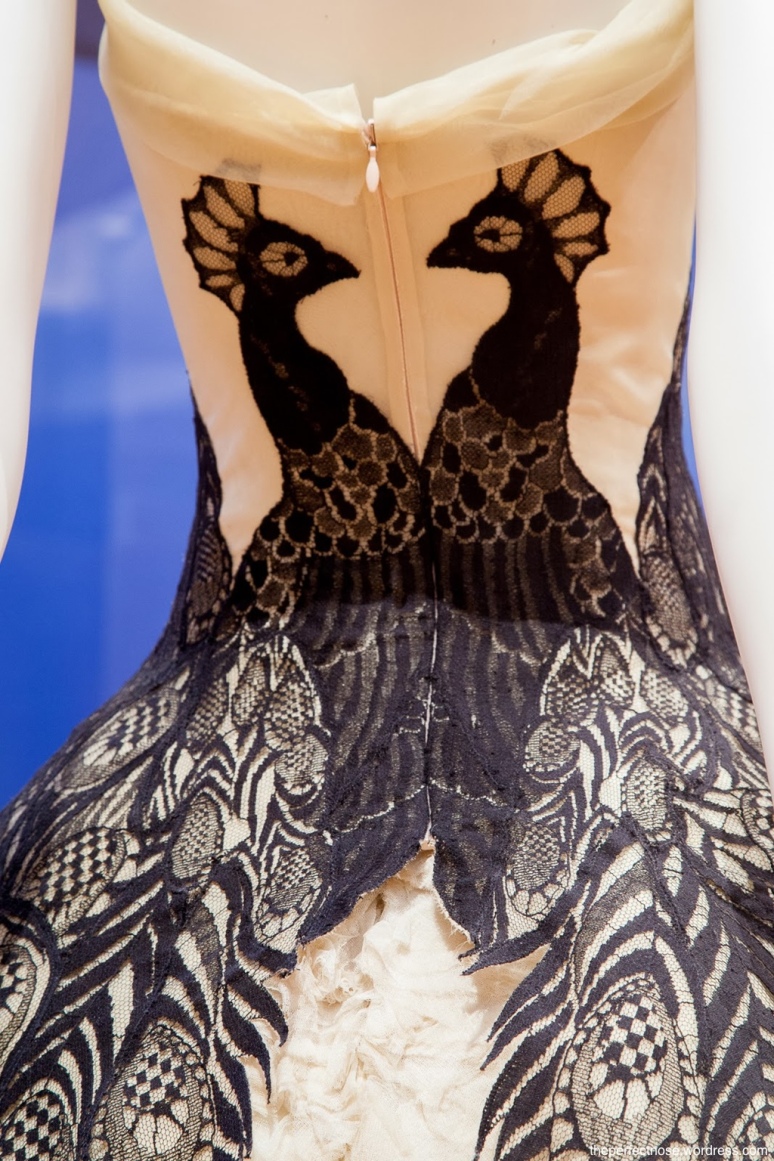 Hand-picked invisible zipper up the back.

As the dress is very fragile and is permanently dressed on the mannequin, the whole setup had to be vertically crated and transported to Australia in its entirety. Read more on the inspiration behind the dress and on the process involved in transporting it from LA to Bendigo in this post on the FIDM Museum Blog. 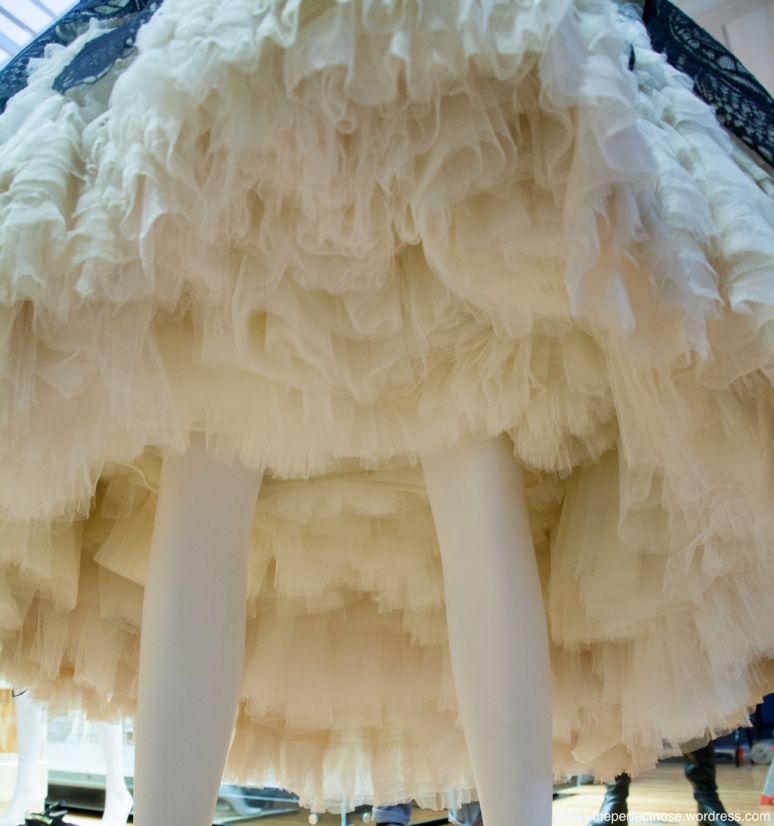 I’ve forgotten exactly how many hundreds of yards of ruffles are in there..

It seems incredibly fragile and very dense at the same time. Watch it in action on the runway here (the dress makes an appearance at 7:13).

Massive thanks to both The Bendigo Art Gallery and The FIDM Museum for allowing me to preview some of the items from the Modern Love exhibit during the past week.

Big ups to Leanne Fitzgibbon of the Bendigo Art Gallery and Kevin Jones, Dani and Christine of the FIDM Museum for their time. 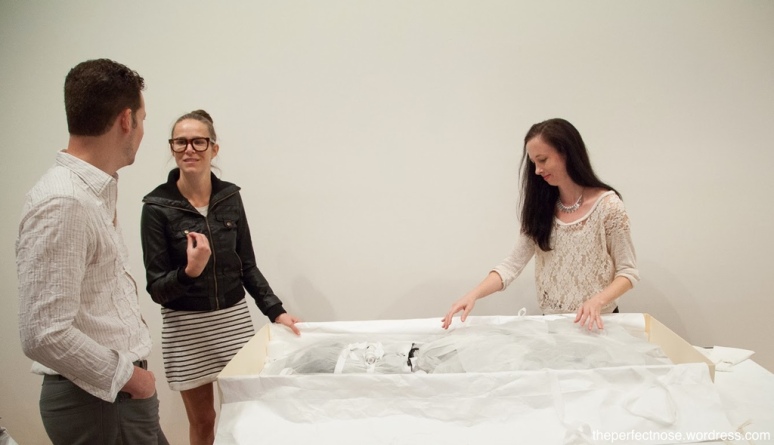 Kevin, Dani and Christine unboxing another dress for the Modern Love exhibit

Kevin walked me through various parts of the exhibit and explained the construction of his favourite pieces along with a bit of background and historical context. The man is an absolute goldmine of awesome facts and little-known details about everything fashion. And he specialises in haute couture.

So if you’d like to see him talk about it (and maybe pick his brain after), swing by the Bendigo Art Gallery at 11 AM on Saturday the 26th of October, 2013 for his Guest Talk.

The talk is on the opening day of the exhibit and and is free, so first in best dressed (you should totally dress up anyway). Get your tickets for the exhibit here.

Big ups to Carl for being my photographer for the preview (and taking the day off work, driving me up to Bendigo and hauling all his equipment around the exhibit, taking these wonderful photos).